The ViewPoint to Edge Cloud Transition

Dr. Stuart Robb takes pride in keeping his office running on schedule 100 percent of the time. His schedule is worked out so perfectly that he even advertises to prospective patients that each appointment will start on time. For years, Dr. Robb relied on ViewPoint to manage his schedule. Earlier this year, Robb Orthodontics made the transition to Edge Cloud, the second time his team has done so. 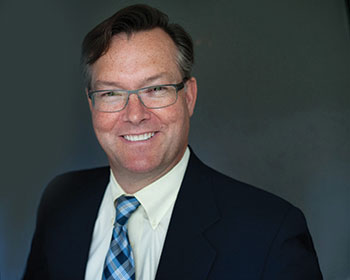 Dr. Robb first became familiar with Ortho2 ViewPoint while working at the University of Chicago. When he took over his current practice – offices in both Lake Forest and Highland Park, Illinois – he had been using two different practice management systems, but chose to continue with ViewPoint.

Dr. Robb explains that the office locations are only ten minutes from each other, so patients can be seen at both offices. With his ViewPoint setup, he ran a VPN connection to ensure he could access the same information at each location. Because of his interest in IT, Dr. Robb didn’t hire an outside tech, and instead did the work himself with both offices. While connecting between the offices through a VPN worked, he called it a headache every time something went wrong.

This point hit hard when a tenant above his practice partially flooded his office. Luckily, the water didn’t reach the server. But Dr. Robb’s biggest fear of losing his data, not being able to locate a viable backup, and ultimately his office being down while he fixed the problem made him look at the then brand new Ortho2 Edge Cloud.

Robb Orthodontics was one of the first practices to move to Edge Cloud in 2010. What interested Dr. Robb the most was that he would no longer have to worry about backups, lost data, or not being able to access ViewPoint if the Internet was down. It was the peace of mind he was looking for.

When seeing patients Dr. Robb moves around in the software – pulling up images, closing them, viewing treatment charts, and any notes he left himself. The need to navigate the software quickly was paramount to keep his practice running on time.

"There was always ten percent of me every night that worried about my data. I have no paper in my office. Everything is electronic. If I have an issue with my data, I would be in big trouble.”

This led Dr. Robb to switch back to ViewPoint. “In general, I never had a problem with ViewPoint. It’s the stable platform I used for everything,” he says.

A few years after his return to ViewPoint, Jesse Howard, Ortho2 Senior Regional Manager, reached out to Dr. Robb to start the conversation about the changes Edge Cloud had seen, including lower bandwidth requirements and services that weren’t offered during his initial transition.

Dr. Robb makes it a point not to partner with a lot of vendors. He doesn’t like to shop around, or jump from one program to the next. So hearing that Edge Cloud could offer him what he needed for his practice was a plus. What convinced him to make the switch, for the second time, was not having to worry about his data, a server, or a VPN, thus removing himself from the IT role.

A colleague had just been affected by a ransomware virus and was living the nightmare Dr. Robb had always been concerned about. “With Edge Cloud, I know my data is in a datacenter that has the highest security, and I don’t have to worry about any practice management backups.”

In addition, concerns about accessing data in the rare instance the Internet goes down is gone. With Edge Mobile, Dr. Robb can still access the schedule, patient information, and images all from his tablet and cell phone. And that instant access also translates to information when Dr. Robb is out of the office and at home. 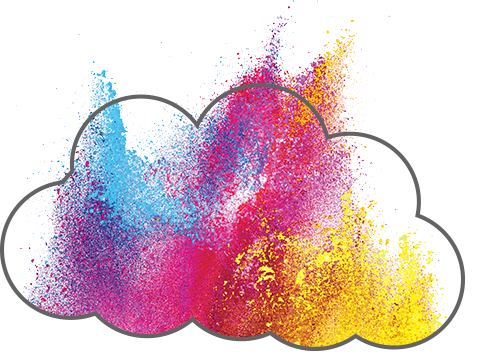 The IT side of things isn’t the only reason Dr. Robb has seen a benefit in his office. The feature-rich and customizable program can truly be all-encompassing. And with the lower bandwidth requirements, Dr. Robb can easily go through several images and X-rays quickly during an appointment.

Dr. Robb also saw value in staying with Ortho2. “Some other companies get bought out and you are forced to integrate with another partner. I like that Ortho2 is based in Iowa and is privately owned. Their employees are stable and have been there a long time,” he says.

The training Robb Orthodontics went through helped them learn the ins and outs of day-to-day operations within Edge Cloud. He explains the conversion was much easier than he thought it would be.

“I think the anxiety of switching practice management software is a big deal for orthodontists. Everyone has heard nightmares about a transition,” Dr. Robb says. “The transition from ViewPoint to Edge Cloud was easy, and we didn’t have any hiccups. When I think back and try to find a problem I had, there wasn’t one.”

And now, Dr. Robb doesn’t hesitate to recommend Edge Cloud to anyone, but in particular ViewPoint users. After all, his practice is still running on time. Every day.

Storing your data in the cloud and access to mobile offerings aren’t the only reasons to look at Edge Cloud. Edge Cloud offers many advantages over ViewPoint including: